Payments NEXT: Stunning Rise of CNP Fraud and How Merchants Can Fight Back 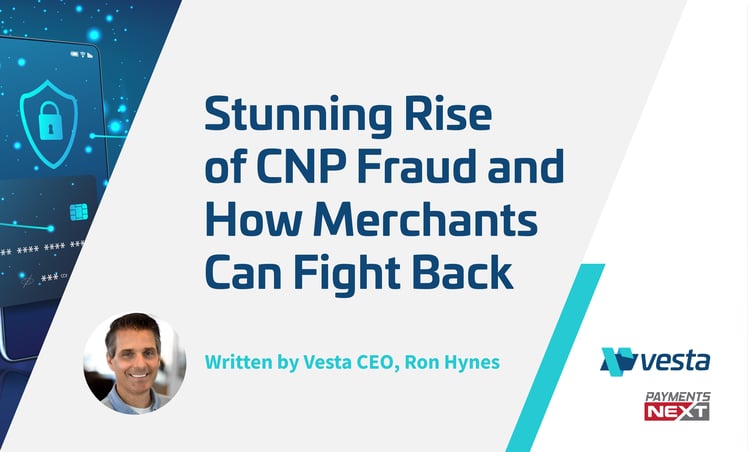 With the dramatic increase in CNP fraud in recent years, it's critical that merchants understand how to effectively prevent fraud attacks from impacting their business.

Vesta's CEO, Ron Hynes shares his thoughts with Payments NEXT—a publication that covers developments in payments, banking, fintech, and more—regarding the impact that card-not-present (CNP) fraud has had on merchants, and how it can be prevented.

In the article, Ron points out some of the common red flags to look for that might indicate if a transaction is fraudulent. He also details the primary security guardrails merchants should be utilizing to effectively prevent CNP fraud from occurring.

"Fighting CNP fraud often feels overwhelming, but it’s important to be pragmatic and implement solutions for fighting fraud rather than letting the fear of fraud stunt your company’s growth." - Ron Hynes, Vesta CEO.

Read the full article at Payments NEXT

CybersecAsia: Taking The Fear Out of Fraud

Vesta Featured in The Paypers' Fraud Prevention in eCommerce Report